A Christian Response to the Death of an Atheist 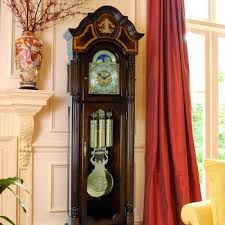 Have you ever watched a pendulum swing? As a child, I found it mesmerizing. The old grandfather clock in my friend’s living room kept perfect time, swinging first to the left and then back to the right with a gentle “tick-tock, tick-tock” while the seconds, minutes, and hours marched unrelentingly into the future, turning it into the present. To this day, I am still fascinated by the phenomenon of time and the swinging of pendulums.
Since the fall of man in the Garden of Eden, humanity tends to react much like a pendulum by swinging too far to one side and then over-correcting their response too far to the other. Sadly, Christians also find themselves stuck in pendulum mode. The fire-and-brimstone preachers of the last century have been succeeded by fluffy evangelicals who find it necessary to gloss over the seemingly harsh aspects of the Gospel. “Judge not” has become a favorite Scripture verse and “love” is promoted as paramount to principle. As the pendulum swings back, “fearless defenders of truth” randomly drop harsh comments all over social media, blasting anyone who dares to differ. Case in point: the recent death of the well-known atheist, Stephen Hawking.
“COURAGEOUS” KEYBOARD WARRIORS
It’s easy to bravely promulgate our opinions when we’re sitting in the comfort of our own home, typing our “expert critiques” for the internet’s worldwide stage.  Random people respond and engage. We shoot back with a well-aimed quip, YouTube link, web article, or Scripture verse. The discussion can last for days, weeks, even months. Back and forth the battle rages—just like the pendulum in my friend’s living room. Dear warriors, allow me to ask: Are we more concerned with reaching an eternal soul or winning an argument?

The servant of the Lord must not strive; but be gentle unto all men, apt to teach, patient; In meekness instructing those that oppose themselves; if God peradventure will give them repentance to the acknowledging of the truth. 2 Timothy 2:24-25

STEPHEN HAWKING: MADE IN GOD’S IMAGE 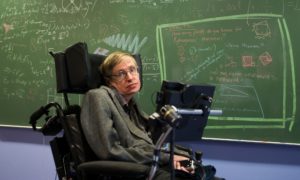 Ironically born on the 300th anniversary of Galileo’s death, Stephen Hawking died on the 139th anniversary of Albert Einstein’s birth. Battling Lou Gehrig’s disease (ALS) for over half a century, the theoretical physicist would be an impressive character even without his intellectual brilliance. Since his passing, the death of Hawking has prompted controversy among internet trolls of every kind. I have to admit that, as I read raging comments by some professing Christians, I was rather embarrassed by their lack of compassion. Yet, what should be the Christian’s response to the death of a man created in God’s image, who used the breath God gave him to blatantly deny his Creator?

I regard the brain as a computer which will stop working when its components fail. There is no heaven or afterlife for broken down computers; that is a fairy story for people afraid of the dark. —Stephen Hawking

TRUTH OR LOVE?
Contrary to sugar-coating the Gospel, Jesus instructed His disciples to use righteous judgment (John 7:24). His command, “judge not,” was qualified with instructions on when and how to judge (Matthew 7:1-5). Viewing the extensive writings and claims of Stephen Hawking, it is not difficult for someone with a Christian worldview to grasp the critical state of the man’s soul. Instead of gloating at his demise, should not each one of us grieve when we imagine anyone entering eternity without Christ? And should we not be equally concerned for the beggar on the street, the clerk in the grocery store, the doctor at his operating table, and the president in the White House? Do we love each one of them enough to tell them the truth?

Truth without love is brutality,
and love without truth is hypocrisy.
—Warren W. Wiersbe

It’s easy to get on a soapbox and criticize the beliefs held by others; it’s quite another to lovingly share the Gospel with someone who needs Jesus. In our zeal to bring the swinging pendulum to center, let’s not rush to blasting jabs and condemnation, nor to delivering a sugar-coated false Gospel. Let’s not crow behind our keyboards, taking potshots at those with whom we disagree, as the world mourns the loss of a brilliant mind. Rather, let’s respectfully comfort this grieving family (Gal 6:2). Let’s fervently share the Gospel with those facing eternity without Christ (Phil 3:14). Let’s speak the truth in love, defending it with meekness and fear.

But sanctify the Lord God in your hearts, and always be ready to give a defense to everyone who asks you a reason for the hope that is in you, with meekness and fear. 1 Peter 3:15

STATISTICS SHOW THAT 10 OUT OF 10 PEOPLE DIE . . .
It doesn’t matter if you are young or old, healthy or sickly, rich or poor. We all have an appointment with death and no promise of tomorrow. Trust Jesus Christ and begin your God-quest journey with your Creator today! https://creationtoday.org/about/how-to-be-saved