Here in America, we make the celebration of our great nation a big deal! I don’t celebrate American independence out of ungodly pride, but out of a thankfulness to God for using this nation to bless the world! 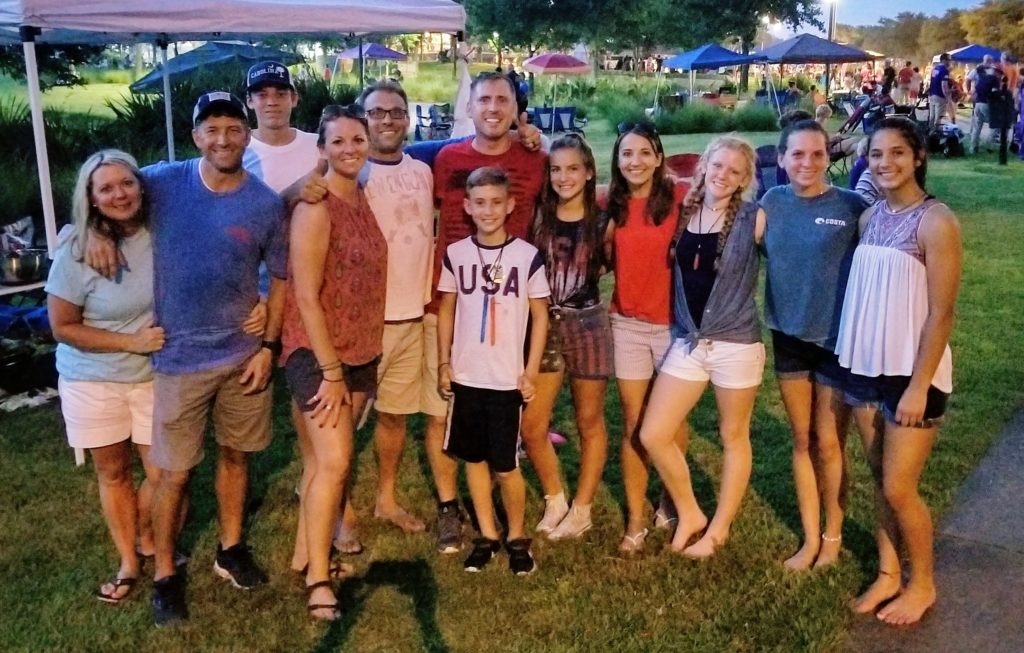 I was in downtown Pensacola with my family and friends grilling hotdogs, throwing the old pigskin, taking walks, encouraging each other and sharing the good news with others that Christ has provided a way to be reconciled back to himself! It was still a few hours before fireworks were going to be set off and we saw a huge gray front heading toward Pensacola from the east! As we watched the rain overshadow Pensacola Beach in the distance, a beautiful rainbow appeared in the clouds. A few moments later a second rainbow appeared! It was just beautiful and an obvious sign from God of His reminder to mankind that he would never destroy the world again with a flood!
Facebook Live Video

As it approached 9:00 pm, we faced south to Pensacola Bay for the beautiful display of Fireworks! As we cheered for America and felt the repercussions of sound waves go through our body, I couldn’t help but notice what was happening to the north. God was busy putting on his own display! Lightning flashed through the sky and thunder overshadowed the crack of fireworks. It felt as if God were saying, “Why do you look and marvel at the small things of man yet fail to marvel at the glory of God?”
It did make me wonder how our minds are capable of looking at the works of man to cheer and applaud but fail to do the same when it comes to the majesty and glory of God! If you haven’t marveled at the wonder of our Creator lately, please turn around, look up, and be amazed at his infinite power!
Thanks for reading,