Impacting eternity by engaging our culture with truth! 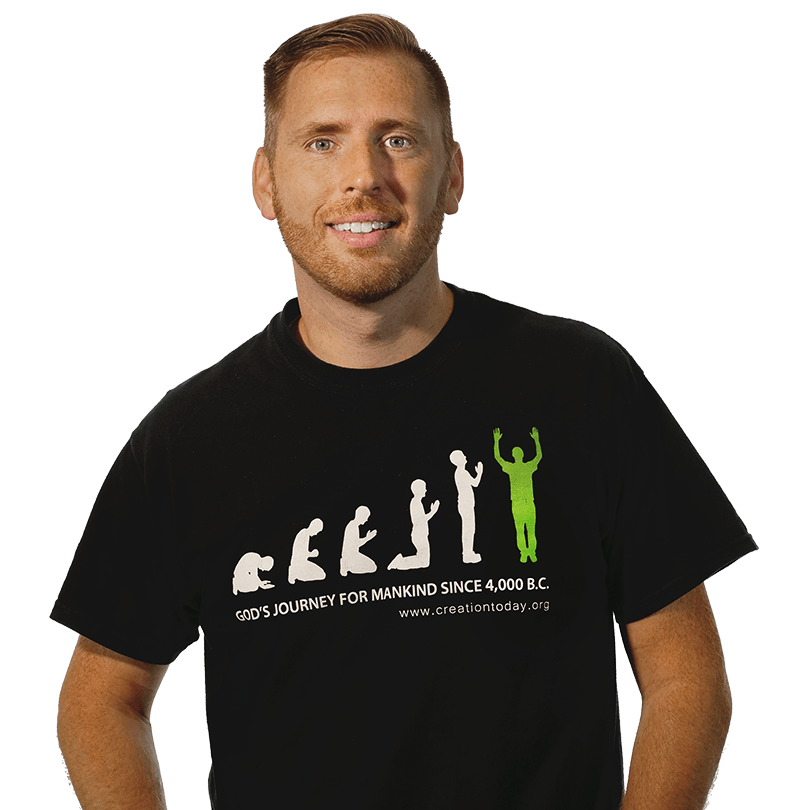 Eric Hovind grew up immersed in the world of apologetics and following college graduation in 1999, he began full-time ministry. After watching “Hell’s Best Kept Secret“ by Ray Comfort, Eric came to a saving knowledge of Jesus Christ with a desire to make Him known throughout the world. President and Founder of Pensacola-based organization, Creation Today, Eric’s passion to reach people with the life-changing message of the Gospel has driven him to speak over 5,000 times in eight foreign countries and all fifty states. Much like a 21st-century Apostle Paul on Mars Hill, in June of 2013 at the dedication of America’s first monument to Atheism, Eric stood to proclaim the Gospel of Jesus Christ to the atheist community attending its unveiling.

I’m encouraged to know there’s a whole new generation of apologists like Eric who have a passion for proclaiming God’s Word and defending it.  In our increasingly secularized world, we need more defenders of biblical inerrancy, especially to reach youth with the life-changing creation-gospel message.

Eric Hovind is a creative follower of Christ who uses modern methods to share the story of the Ancient of Days. He deals with serious Bible subjects in a way that is true to the Biblical text while maintaining an approachable and relational attitude. He and his family are faithful members of our church. I commend his writing, teaching, and video work to anyone interested in learning about creation and apologetics.

I’ll never forget the first time I heard Eric Hovind speak at a ministry outreach. I was absolutely spellbound—and at the same time, encouraged and greatly built up. I’m happy to say that this has been my experience every successive time I’ve been privileged to hear him teach God’s Word. Eric preaches with accuracy and reverence, in combination with unquenchable passion, sincerity, and a keenly relatable style. These elements merge to make him one of the most effective communicators on the planet—and that’s no exaggeration! Don’t hesitate to have Eric speak at your church or event. You won’t regret it!

Hovind has produced more than 300 episodes of The Creation Today Show which broadcasts on four continents, equipping thousands with the absolute truth of God’s Word beginning in Genesis. The Creation Today website reaches 190 countries and passes the ultimate success test measured in transformed lives. Under Hovind’s leadership, creation materials have been translated into 42 languages and the Creation Today team is blessed to receive hundreds of testimonies each year from those who lives have been impacted for eternity.

Excited to have completed their most ambitious project to date, their seven-year film project, GENESIS: Paradise Lost played on over 1,200 screens nationwide November 2017. The film depicts the first chapter of Genesis in full stereoscopic RealD 3D animation, intertwining interviews with leading scientists and theologians. Rivaling CG work on Discovery or History Channel, the history-making film will prayerfully impact millions for eternity. The Second Edition is subtitled in 27 languages to minister to the 4.4 billion people of those tongues. Partnering with Answer in Genesis’ Creation Museum, a 22-minute excerpt, In Six Days, debuted August 2018 in their state-of-the-art Special Effects 4D theater allowing audiences to experience the creation of the universe as if they were there!

Pioneering this work is just one of their many endeavors as Eric and the Creation Today team’s mission remains steadfast: impact the world to KNOW and DEFEND their creator-GOD!

Eric lives in Pensacola, Florida with his wife Tanya and three children and they enjoy anything outdoors including building projects, riding motorcycles, hiking, and going to the beach. Hovind also remains undefeated in rubber band shooting contests.

Bring Eric To Your Church or Event!