Home>All Categories>Blog>Conception Or Birth – When Does Human Life Begin? 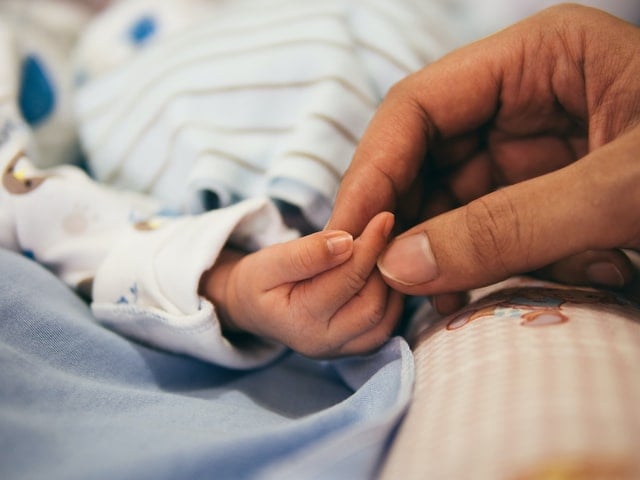 The question of when does human life begin is no longer up for debate. Medical science has clearly shown and stated that human life begins not at birth, but at conception. Birth is indeed a special time but so is conception. At conception the foreknowledge of God becomes the reality of life. Not only that but at conception the fertilized egg cell while housed in the mother’s body is a unique and different entity unlike any other cell in a woman’s body. It is a separate life distinct from the life of the mother and with time and nutrition will grow into a precious human being to be cherished and loved.

“[All] organisms, however large and complex they might be as full grown, begin life as a single cell. This is true for the human being, for instance, who begins life as a fertilized ovum.” (1)

“In fusing together, the male and female gametes produce a fertilized single cell, the zygote, which is the start of a new individual.” (2)

“….it is scientifically correct to say that human life begins at conception.” (3)

“… Conception confers life and makes you one of a kind. Unless you have an identical twin, there is virtually no chance, in the natural course of things, that there will be “another you” – not even if mankind were to persist for billions of years.” (4)

“Human life begins when the ovum is fertilized and the new combined cell mass begins to divide.” (5)

“The two cells gradually and gracefully become one. This is the moment of conception, when an individual’s unique set of DNA is created, a human signature that never existed before and will never be repeated.” (6)

“The science of the development of the individual before birth is called embryology. It is the story of miracles, describing the means by which a single microscopic cell is transformed into a complex human being. Genetically the zygote is complete. It represents a new single celled individual.” (7)

“The development of a new human being begins when a male’s sperm pierces the cell membrane of a female’s ovum, or egg….The villi become the placenta, which will nourish the developing infant for the next eight and a half months.” (8)

“The development of a human being begins with fertilization, a process by which two highly specialized cells, the spermatozoon from the male and the oocyte from the female, unite to give rise to a new organism, the zygote.” (9)

“[The Zygote] results from the union of an oocyte and a sperm. A zygote is the beginning of a new human being. Human development begins at fertilization, the process during which a male gamete or sperm … unites with a female gamete or oocyte … to form a single cell called a zygote. This highly specialized, totipotent cell marks the beginning of each of us as a unique individual.” (10)

All of these quotes are taken from the following website: