Is Hollywood trying to destroy the Christian Market?

For the past 4 years, we have been working on the Genesis 3D Movie; and during this time, I have been keenly interested in the reviews of faith-based films. This past weekend’s opening of the highly anticipated “Exodus” movie turned out to be a big disappointment. 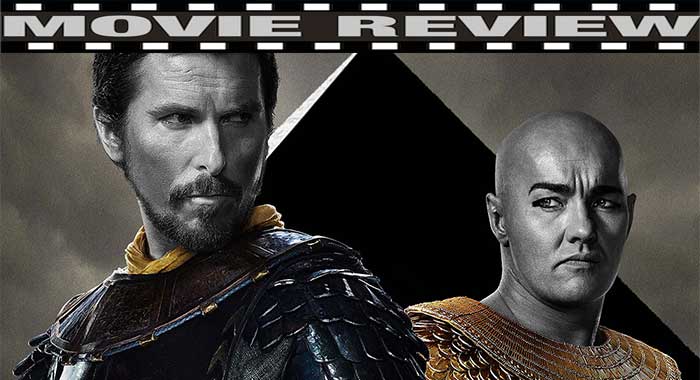 I’m unsure of their intention, but I know their motivation is not to make a biblically accurate representation of the historical accounts recorded in the Bible. Dan Merrell from The Propeller Group, a movie advertising agency and production company, said:

“Imagine William Shakespeare’s Romeo and Juliet being filmed without any respect to the source material.  Juliet is now an elderly woman and Romeo is a young nerd.  Their families aren’t feuding, and everybody gets along nicely.  And they don’t die in the end.  Too overly dramatic and downright depressing.  And let’s throw out all the dialogue because no one really talks like that anymore, we’ll do our best to hit the spirit of what Shakespeare wrote.

Suddenly, it’s not Romeo and Juliet at all, it’s more like Harold and Maude.  And that’s what EXODUS GOD AND KINGS does to the Bible.  William Shakespeare gets more respect on screen from Hollywood filmmakers than The Bible, one of the oldest and most popular texts in the world.  That is ridiculous and insulting.  I wouldn’t put up with a rewritten Romeo & Juliet at Shakespeare in the Park and I won’t put up with a rewritten Moses on the big screen. – Dan Merrell

He is so right. You shouldn’t take Romeo and Juliet, rewrite the script, call it by the same title and attempt to give Shakespeare the credit.  The recent attempts at blockbusters with Noah and Exodus have not represented the truth. While I do not mind fiction, I do mind people misrepresenting God’s Word.

Because we are working on a movie depicting God’s creation of the world, we understand the use of “artistic license.” For the first time you will be able to see Creation come to life on screen. The Bible doesn’t give us all the details, but between science and the words recorded in Genesis, we are producing a compelling account that is truthful to the original text. 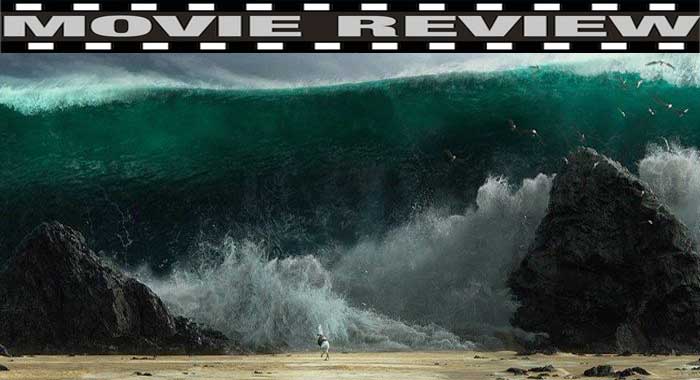 How many of you have ever read Charles Darwin’s On the Origin of Species? How many of you have ever watched Jurassic Park? ​Every time I ask an audience these questions, my point is proven again and again. People do not learn their worldview by reading the scholars; they get their worldview by engaging in the arts of culture​.​ Philosophy ​is not learned through the books in school, ​but through the movies watch​ed​ and news ​h​ear​d​.

​The top search result for reviews of “Exodus” comes from Glen Beck’s statement:

“I don’t think it’s the worst movie I’ve seen. I think it’s one of the more dangerous movies I’ve seen religiously speaking because it’s all screwed up,” – Glenn Beck

​I couldn’t agree more with Glenn’s statement. In a culture that is already struggling with ​biblical ​authority, the last thing ​needed ​is movies ​that ​continue​​ to erode ​biblical understanding.

The next ​search ​result is a full review on the film by Answers in Genesis that can be seen here.

Ray Comfort posted this review on Facebook! His was short and sweet!

EXODUS MOVIE REVIEW
I said that I would bring you a review on the new “Exodus” movie. Today my friend Scotty told me he went and saw it with his wife last night. So I will give you his thoughts instead:

“I was sorry I watched it, because instead of lifting God high, it diminished Him. Atheist, Ridley Scott made the plagues logical rather than miraculous. God is depicted as a young boy, and he’s a brat. I was sorry that I paid money to support it.”

Scotty saved me from putting my money into the pockets of the blasphemous.

When we release ​the ​Genesis 3D ​Movie​,​ there will be some artistic license taken​. However, we will not deviate from the ​scriptures from which the story comes. God literally created the world in 6 days; He made man out of the dust of the ground. These truths ​and more will be revealed in Genesis 3D Movie.

The Christian News Service sent out the following release yesterday:

Raleigh, NC, Dec. 12, 2014 |Christian News Service| – Faith Driven Consumer™ – the group that first raised concerns earlier this year about NOAH’s failure to resonate with its target faith audience, continues to serve as an advocate for more than 41 million consumers who spend $2 trillion annually. The organization’s

The 20th Century Fox release EXODUS: GODS AND KINGS – an epic film about the biblical story of the deliverance of the Hebrews from slavery in Egypt led by Moses – receives a rating of 2.5 out of 5 stars from Faith Driven Consumer.

fail to resonate with millions of Jews, Christians, and Muslims. The depiction of God as a seemingly non-sovereign, petulant eleven-year-old boy who may even be a figment of Moses’ imagination presents a major hurdle for faith audiences. Scott’s portrayal of God makes him almost unnecessary in the film to the point that EXODUS wouldn’t have suffered much if He had not been in it. Ultimately, the movie misses the central point of the story,” said Chris Stone, Certified Brand Strategist and Founder of Faith Driven Consumer.

“While Mr. Scott is free to superimpose his 21st century skepticism about God and supernatural wonders into the story as he sees fit, his revisionist take on this pivotal story will result in hundreds of millions in box office receipts being left on the table. That’s irresponsible for any movie maker-particularly someone of his caliber.”

Faith Driven Consumer’s Faith-Friendly Film Reviews are based on five core criteria: Overall Faith and/or Biblical Relevance; Faith-compatible Depiction of Characters and Character Relationships; Faith-compatible Depiction of Situations, Family Viewing Suitability; and Entertainment Value. The 20th Century Fox release EXODUS: GODS AND KINGS rated 1.5, 1.5, 2.5, 3.5 and 3 in each of the above categories for a total rating of 2.5 out of a possible 5 stars, making it a film that will likely not resonate strongly with faith-driven audiences.

We are praying that the Genesis 3D Movie, with a budget 1/200th the size of the Exodus movie will have the right kind of impact when people leave the theater saying, “I just saw God make the world.”

You can preview the movie here.