Skip to content
Home>All Categories>Blog>Going Global with the Gospel in GENESIS: Paradise Lost

Going Global with the Gospel in GENESIS: Paradise Lost

THE NEXT JESUS FILM?
Three years ago on a sunny day in Florida, a Regional Director for The Jesus Film was having his vehicle serviced as he traveled through Pensacola. This seasoned man of God, who had watched God use a Christian film to evangelize the world, had been told by the shop’s mechanic, “Hey, Mr. Bill! I think you would enjoy looking at a project Creation Today is doing while you wait. Their office is right down the road.” 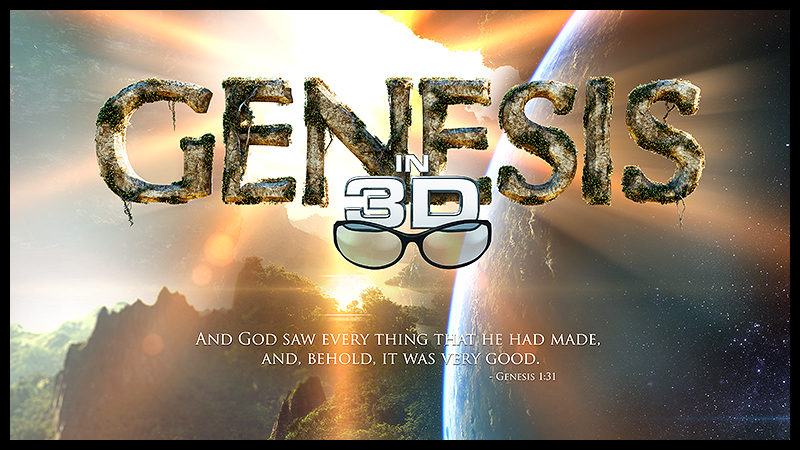 When my assistant said that someone had stopped by to see me, I had no idea who he was. Upon learning of his life’s work, I marveled that this busy man would take time to check us out. At that point, we had limited completed footage. Yet this 30-year veteran of Christian film watched samples of the Genesis Movie project on a small computer screen with big 3D glasses. To summarize our time together he closed with this remark: “Eric, I think this could be the next Jesus Film.”
I sat stunned. The Jesus Film, produced in 1979 with a budget of $6 million, had been translated into over 1,000 languages! Our tiny team of ten, working toward a $2 million-dollar budget, paled in the shadow of this big screen’s biblical account of the life of Christ. But Mr. Bill prayed and left for his next meeting. We prayed and pressed on.
TRANSLATING GENESIS
Months before GENESIS: Paradise Lost was released, we began working with translators to render its message. By the time we mastered the first DVD we had 12 subtitled languages, representing 3.5 billion first and second language speakers. These languages grace the first edition, which was released on March 1, 2018. Last week, we received this testimony about the Genesis movie.

“I just received my movie last night, and watched it. Instead of showing the JESUS film to this culture’s non believers, GENESIS: Paradise Lost should be shown in today’s post modern world!” —Christopher

I’m not claiming to know what God has in store, but like The Jesus Film’s faithful team, our desire is to reach the lost of our generation—the Millennials, the Generation Z’s. We continue to ask God to use this resource exactly how He chooses. In addition to the 12 languages on the first edition, we have seven more completed, five more at the 90% mark, and 15 more in progress as we head for the next edition mastering.
Pray for safety of the translators; the accuracy of the translations; and the power of the Holy Spirit to anoint this outreach to take audiences from the Creation to the Cross.
He is risen!! Thank you for sharing our passion to tell the world!
Have a blessed Easter!

Subtitled Languages on First Edition 2D DVD and Blu-ray (Not on 3D):

Subtitles that are now 90% Complete: