I always liked the way that Mr. Spock would issue a put-down to Captain Kirk in Star Trek by telling him that what he had just said was “illogical.” Unfortunately, very few people today seem to understand what logic is all about. Logic involves the progression of an argument through legitimate steps. It is very easy to get these steps wrong and produce a careless argument. It will not surprise you to know that many classic arguments in favor of the theory of evolution turn out to be illogical.

This argument is logical. We can say that ostriches lay eggs because they are birds.

This argument is also logical. “Hold On!” you might shout. Adders don’t lay eggs! No, they don’t. I didn’t say the argument was true. I said it was logical. There is a difference. This perfectly logical argument is untrue, because one of the premises is untrue. While it is true that all birds lay eggs, it is not true that all reptiles lay eggs.

This argument is true, but not logical. We know that ostriches are birds, because we have lots of other evidence from other sources. But the evidence that ostriches lay eggs is simply a consequence of ostriches being birds, not a proof. You might just as well say:

The argument is illogical, because there is another possible explanation for why an animal might lay eggs. It might be a reptile.

Now try this proof of evolution.

This argument is a classic example of affirming the consequent. There is another possible explanation, as to why animals might have similar structures. They might have a common designer—God! Yet the above argument is frequently offered as evidence of evolutionary common ancestry when, in fact, it is nothing of the sort. Please note that a similar argument, offered as a proof that God designed everything, would also be illogical, even though I believe it to be true. It is true that God designed these animals, because our starting position (presupposition) should be that the Bible is true. However, hopefully this article will help you spot when fallacious arguments are used to attempt to hoodwink people into believing that evolution has been proved. 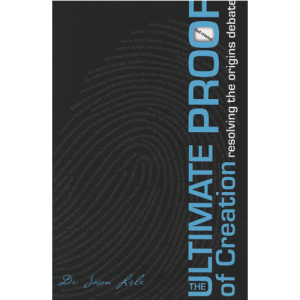 Read “The Ultimate Proof of Creation” by Dr. Jason Lisle to learn more about logic and logical fallacies as they apply to evolution.