Diligently Teach Them to Stand for Truth

This was originally posted to the Teach Them Diligently website on November 28th, 2018. 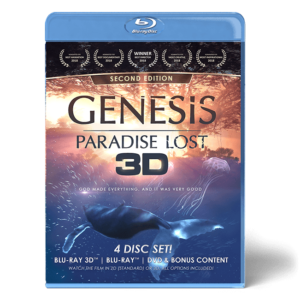 In a culture that has become increasingly antagonistic toward biblical principles, Christian families need to be firmly grounded in the Truth. That’s why Teach Them Diligently is excited to announce our partnership with Creation Apologist Eric Hovind, whose passion for the Gospel has taken him to speak in all 50 states and 8 foreign countries. Recently his ministry, Creation Today, released “Genesis: Paradise Lost,” a revolutionary 3D feature film released on over 1,200 screens nationwide. Through it’s message, cultural norms are being challenged to go back to the beginning in the quest for Truth.

Using cutting-edge cinematography and stunning visual effects, Genesis: Paradise Lost takes the viewer on a journey to investigate our origins and explore the creation story. While the booming voice of Dr. Voddie Baucham provides riveting narration, the film is interspersed with interviews from scientists, apologists, and evangelists like Dr. Charles Jackson, Ken Ham, and Ray Comfort. Genesis: Paradise Lost profoundly sheds light on secular worldviews which choose the chaos of moral relativity over the sure foundation of Scripture. 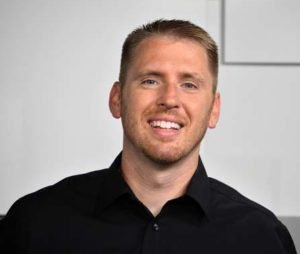 Whether debating with atheists, encouraging believers, or instructing families, Eric Hovind inspires confidence in the God of the Bible. During his 20 years of full-time ministry, he has produced 136 episodes of The Creation Today Show, launched the Creation Network, and translated apologetic materials into over 40 languages. His dynamic presentations captivate audiences of all ages and are frequently accompanied by fun demonstrations of how Science and Scripture merge together perfectly. While outreach opportunities have changed over the decades, the mission of Creation Today remains the same: to impact the world to KNOW and DEFEND their Creator—God.

As homeschool families who desire to diligently teach our children, it is imperative that we lay a foundation for truth which begins with the very first chapter of Genesis. From Creation to the Cross; from the grave to the skies, we glimpse the redemptive work of God and discover truth, value, and a respect for life that can only come from a knowledge of the Creator. Truly, “the fear of the Lord is the beginning of knowledge.” Proverbs 1:7

Since 2011, Teach Them Diligently has been committed to helping you raise children who will stand boldly on the Word of God in the face of a godless culture. That is why we are delighted to name “Genesis: Paradise Lost” as our Movie of the Year. Reserve your copy today when you register to attend a Teach Them Diligently Convention at the location of your choice. Then make plans to join Eric Hovind’s unforgettable breakout sessions at one of the following locations:

“But sanctify the Lord God in your hearts, and always be ready to give a defense
to everyone who asks you a reason for the hope that is in you, with meekness and fear.” 1 Peter 3:15