Dinosaurs In The Bible 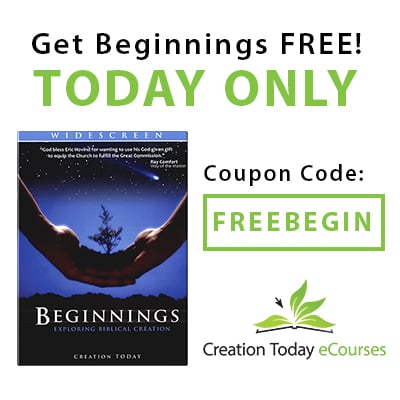 “The Bible begins with a statement that is so simple a child can understand it, yet so inexhaustibly profound: In the beginning God created the heaven and the earth.” —Dr. Jeremy Lyon, “Genesis: Paradise Lost.”

It is the most dramatic and important opening of any chapter of any book. Given as a declaration of fact, the first verse of Genesis covers the creation of time, space, and matter in a single sentence; a solitary breath. Thus began the world and everything in it.

Genesis 1:24 “And God said, Let the earth bring forth the living creature after its kind, cattle, and creeping thing, and beast of the earth after his kind: And it was so.”

Today, we continue to discover physical evidence of many creatures that no longer exist, including reptiles known as dinosaurs. Their skeletal remains give us a glimpse into the structure and size of these remarkable animals. Yet the controversy rages: Did these creatures evolve into existence and eventually become extinct millions of years before humanity stepped onto the scene of world history? Or were humans and dinosaurs created by God; co-existing for centuries before saurian extinction?

Part of the Original Creation? 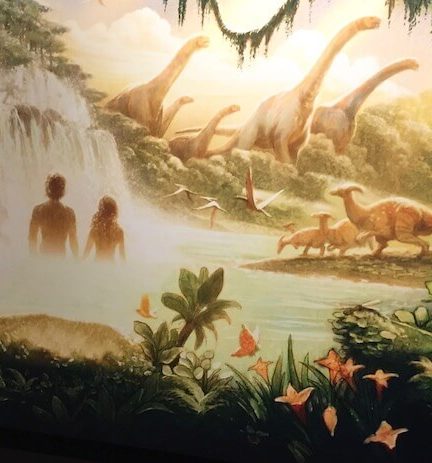 In the Book of Exodus, as God gives His perfect law to Moses on Mount Sinai, He reiterates the plain reading of the Creation Story from Genesis chapter one:

Exodus 20:11 “For in six days the LORD made heaven and earth, the sea, and all that in them is, and rested the seventh day: wherefore the LORD blessed the sabbath day, and hallowed it.” [Emphasis added]

If God created everything in six days, with land animals and humans both coming into existence on the sixth day (Genesis 1:24-31), then humans and dinosaurs did occupy the same world at the same time. So what happened?

What Happened to the Perfect World?

Initially, God’s creation was perfect, with all animals and humans living in harmony, all feasting on plants, trees and their fruit. Everything was vegetarian in the Garden of Eden (Genesis 1:30). Sometime after the original creation, man sinned and this perfect world was corrupted in many ways. Eventually, God saw fit to punish the wickedness that had overtaken the world. But he spared Noah, “a just man, and perfect among his generations and Noah walked with God.” (Genesis 6:9)

Dinosaurs on the Ark?

The story of Noah saving the animals on the ark is not exclusive to those of Judeo-Christian descent. Over 277 cultures worldwide share a common story about a man who saved humanity and animals from extinction by building a vessel to survive a catastrophic deluge. Of course, scoffers reject the notion that anyone from ancient times could build a boat large enough and sturdy enough to hold all of the animals, especially the dinosaurs. However, it is logical to assume that the same God who created the world, and warned Noah of the upcoming disaster, could also provide him with the exact specifications he needed to build a seaworthy vessel. These specifications, recorded for us in Genesis 6:14-16, have been modeled, tested, and found to be sound by a number of scientific studies. Similar studies have shown that Noah needed to bring less than 8,000 animals on board the ark, in order to fulfill his mission. Some of them were dinosaurs; not the biggest and the meanest he could find, but smaller members of the saurian family who could preserve the population.

Why Aren’t Dinosaurs Mentioned in the Bible?

If dinosaurs were part of the original creation and taken on board Noah’s ark with the rest of the land dwelling animals, why aren’t they mentioned in the Bible?

Since the word “dinosaur” wasn’t actually coined until 1841, the creatures we now refer to as dinosaurs were simply called dragons throughout most of history. Not only does the Bible use the word “dragon” repeatedly, 21 times in the Old Testament and 12 times in the Book of Revelations, the Book of Job describes creatures called Behemoth and Leviathan, which seem to indicate large, reptilian beasts, like dinosaurs. (See the Book of Job, chapters 40 and 41.)

Job 40:15-19 “Behold now behemoth, which I made with thee; he eateth grass as an ox.
Lo now, his strength is in his loins, and his force is in the navel of his belly.
He moveth his tail like a cedar: the sinews of his stones are wrapped together.
His bones are as strong pieces of brass; his bones are like bars of iron.
He is the chief of the ways of God: he that made him can make his sword to approach
unto him.”

In Hebrew, the word “Behemoth” translates as “gigantic beast.” For this animal to be described by God as “the chief,” it must surely have been a huge and magnificent sight!

What Happened to the Dinosaurs? 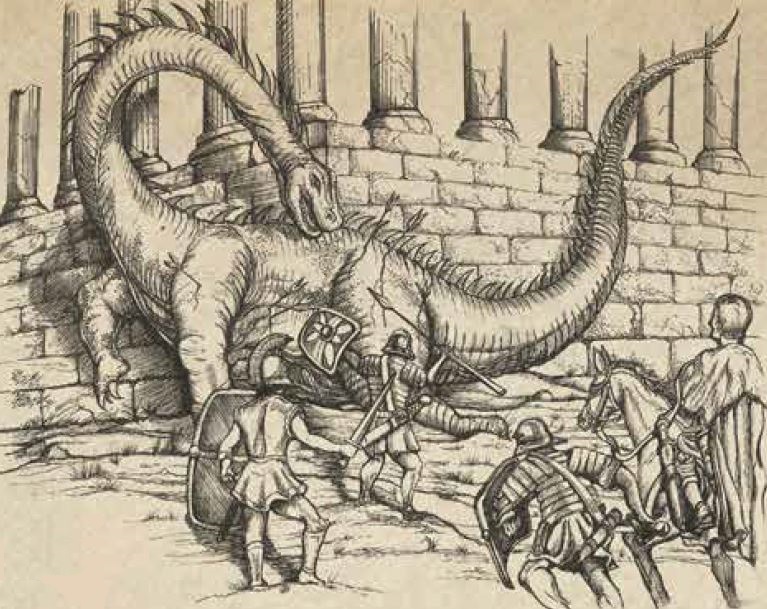 Throughout history, dragons have been a huge part of folklore, each culture replete with legends of flying reptiles, as well as monsters of land and sea. Notable historians such as Herodotus, Strabo, Dio, and Josephus have documented accounts with enormous creatures called dragons. In the journals of Alexander the Great and Marco Polo, there have been found additional references to these creatures, some large enough and scary enough to terrify the most stalwart of soldiers. Ancient writings have been discovered containing recipes which call for dragon parts like their bones, blood, and saliva. It seems that ancient man did not believe dinosaurs were a thing of the past, but a veritable threat to their present and future.

By the Middle Ages, dragon sightings had become rare. Those who did show themselves were instantly hunted for sport, food, or medicine. Yet the sightings continued. Today we continue to discover and unearth drawings and artwork with depictions of these monsters. From pottery, stones, and statues, to detailed carvings on an 800 year old temple in Cambodia, archaeology is abounding with pictures of the creatures we now call dinosaurs. So why is there a concerted effort to deny the co-existence of these creatures with humanity?

Millions of Years Ago…

We’ve heard it before, in numerous ways. Dinosaurs lived millions and millions of years ago. They died out before man came into existence and were not discovered until the early 1800’s. The proof for this is in the fossil evidence and extinction. In order for their bones to be fossilized, and then buried under miles of dirt, rock, and other bones, they must have been wiped out long before mankind existed. Whatever disaster destroyed the dinosaurs must have happened before our ancestors were crawling around on all fours, or they would have been destroyed too. Today, these assumptions are touted as fact, as indisputable as gravity.

Scientifically, we have discovered that fossilization does not take millions of years. It just requires the right conditions. And the burial of millions of animals, plants, and marine life is explained quite easily by the worldwide flood recorded in the Book of Genesis. This wasn’t just a bit of rain that fell from the sky, but a worldwide catastrophe of epic proportions!

Dinosaurs—Part of the Original Creation

Through God’s Word, historical records, and evidence uncovered, we can see that dinosaurs were part of the original creation. Adam and Eve saw them in the Garden of Eden; Noah took them on the Ark; and mankind has interacted with them and been fascinated by them for over 6,000 years. It is only in recent times that there has been a concerted effort to assert their extinction before the dawn of humanity. This error has led many to question the Word of God and thereby to deny the reality of Creation, the Flood, and the Coming Judgment. Yet, over the centuries, science has proven to be like shifting sand. Only God’s Word is steadfast.

Genesis 1: 31 “And God saw everything that He had made, and, behold, it was very good.”

Want to Learn More About Mythical Creatures in the Bible?

Sign up below to receive a FREE eBook on Unicorns in the Bible along with more articles!