The Sons of God and the Nephilim – Part 5: Objections to the Fallen Angel View

Home>All Categories>Blog>The Sons of God and the Nephilim – Part 5: Objections to the Fallen Angel View

The Sons of God and the Nephilim – Part 5: Objections to the Fallen Angel View

Objections to the Fallen Angel View of Genesis 6:1–4

In the book, Fallen: The Sons of God and the Nephilim, author Tim Chaffey provides five detailed chapters to address these and other objections to this view, including several that most people have never considered. These chapters also provide thorough responses to these objections. The following article essentially provides a summary of these chapters.

This is perhaps the most common argument against this perspective. In Matthew 22:30, Jesus stated that when people are raised to eternal life, they will neither marry nor be given in marriage because they will be like “the angels of God in heaven” (Matthew 22:30). Those who use this argument claim that Jesus plainly stated that angels cannot get married, and thus, this verse rules out the Fallen Angel View. 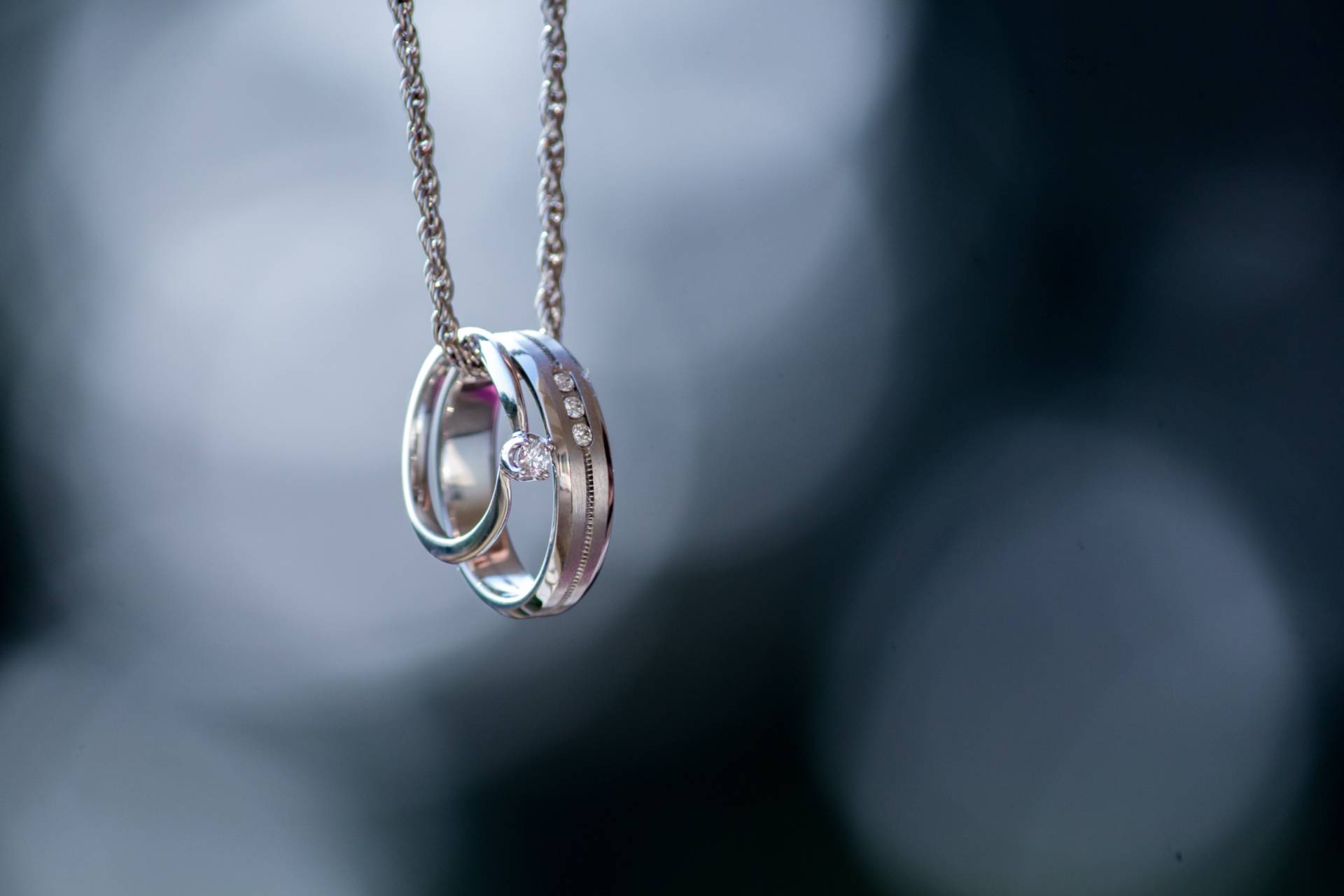 The problem with this interpretation is that Jesus did not say that angels cannot marry. He said that they do not marry. Isn’t that essentially the same thing? No, it isn’t, because we need to pay close attention to His words. He specifically mentioned that the “angels of God” who are “in heaven” do not marry. He didn’t say anything about the rebellious angels who left heaven and committed sins that led to them being bound until the day of judgment (Jude 6; 2 Peter 2:4). Godly angels in heaven do not marry, but what about rebellious angels who left heaven? Jesus did not say anything about them in this passage. In fact, in Luke’s wording of this passage, Jesus may have actually endorsed the Fallen Angel View by stating that in the Resurrection believers will be equal to angels because then they will be “sons of God” (Luke 20:35–36).

Objection Type #2: Angels Are Not Physically Capable of These Actions

There are a few arguments based on the idea that angels are incapable of taking physical form and/or procreating with humans. However, these are essentially arguments from silence in that they place limits on angelic beings that Scripture does not. Let’s briefly look at a couple of these objections.

Some people have claimed that angels cannot manifest physically. But we know that some angels have done this. Two angels visited Abraham and then went to Sodom to take Lot out of the city before it was destroyed. Sometimes the objection shifts to the notion that fallen angels are incapable of physically appearing and that godly angels can only do it when God empowers them to do it. Where does Scripture make these distinctions? Where does it teach that angels, whether holy or fallen, do not have this ability since the time they were created? Satan manifests as an angel of light (2 Corinthians 11:14). If we take the text in a straightforward manner, the demonic entities that ascend from the bottomless pit in Revelation 9 are capable of appearing physically and causing great physical harm to people.

Another variation of this argument is that they can appear physically, but they are incapable of procreating. Again, why would this be the case? Scripture records angels as being capable of eating (Genesis 18:8), being lusted after by perverted people who wanted to sexually assault them (Genesis 19:5), grabbing people by the hand (Genesis 19:16), delivering messages and touching people to comfort them (Daniel 10:10), etc.

Along with this claim is the notion that demons must possess a body if they wish to perform physical activities. However, the Bible does not teach this either. Jesus stated that a demon who is cast out of a man wanders about in waterless places and then returns with seven more demons (Matthew 12:43–45), and when Jesus cast out “Legion,” the demons entered a herd of pigs (Mark 5:12–13). Neither of these passages state that demons are incapable of manifesting physically. They simply state some of the things that demons do or have done.

It should be pointed out that many who hold to the Fallen Angel View do not believe that demons are fallen angels. Instead, following the example of many ancient Jewish writers and early church fathers, they believe that demons are the disembodied spirits of the Nephilim who were drowned in the Flood. Although he does not necessarily agree with this view, Chaffey explains this perspective in detail in chapter 27 of Fallen.

Of course, if the “sons of God” in Genesis 6 are angels, then these arguments are nullified since the text would be telling us that certain angels were capable of doing these things and they did it.

These objections are based on emotional responses or flawed theological reasoning. One argument claims that God would never allow such evil to occur. However, our world is filled with all sorts of heinous evil. Unborn babies are legally ripped apart in their mother’s womb, children are kidnapped and trafficked as sex slaves, people are raped and murdered, and so much more. If God permits all of these wicked activities to continue for now, why is it impossible to think that He would step in to prevent rational beings from engaging in rebellious yet consensual sexual activity?

Some believe the Bible would never identify the union between an angel and human as marriage. Technically, the text does not use the word marriage, but it does use related terminology by stating that the sons of God “took wives,” a Hebrew idiom for marriage (Note: as we learned before, the taking of wives does not imply forced marriages). Yet the Bible speaks of Solomon having 700 wives and 300 concubines (1 Kings 11:2–3) and states that he violated the instruction against marrying foreign wives. So these unsanctioned unions were identified as marriages. Also, the Bible uses the term worship to describe genuine believers serving the true God and to describe pagans serving their gods. Thus, there is genuine or true worship and there is corruption of that worship. The same is true with marriage. There is true marriage and corruption of marriage, yet both are called marriage.

Another objection raised against the Fallen Angel view is that the Bible teaches that creatures will only bring forth “according to their kind,” citing this phrase or similar wording ten times in Genesis 1. Therefore, since angels and humans must be different kinds, then humans and angels cannot procreate together. Two points should be made in response to this. First, the Bible speaks of plants and animals bringing forth after their kind, but it never uses this language with humans. Second, since angels have appeared in human form, then it is quite possible that this is how the “sons of God” were able to marry women and have children with them.

Some people have claimed that the Fallen Angel view was copied from stories of the Greek gods having affairs with women and producing demigods. There are several problems with this objection. First, people from ancient cultures around the world often seem to know about major events in Genesis 1–11 that were passed down to them. It is not uncommon to find cultures who believe the first man was made from the ground, that the reason man dies or is wicked has something to do with a fruit or a serpent, that there was once a global Flood, and that the various languages came about after people tried to build a tower to the heavens. In light of these truths, it makes more sense to think that the numerous cultures with stories of gods and demigods are drawing these ideas from actual history, which was infallibly recorded in Genesis 6:1–4.

Another major problem with this objection is that the Sethite and Royalty views are the ones that are borrowing from Greek thinking. Greek philosophers in the sixth and fifth centuries BC taught people to reinterpret their beloved mythological works, such as Homer’s classics, The Odyssey and The Iliad. By searching for an alternative interpretation, these Greek philosophers developed what is known as the allegorical hermeneutic, meaning that someone seeks an interpretation that is “other” than the straightforward reading. In the case of Greek philosophers, the stories of the gods’ petty squabbles and affairs with humans were not worthy of respect, but rather than ignoring and rejecting these ancient tales, they merely reinterpreted them as moral tales. The proponents of the Sethite and Royalty views have adopted a similar practice with Genesis 6:1–4 by searching for an alternative interpretation. As demonstrated in Fallen, the creation of the allegorical hermeneutic and its connection to the development of the Royalty and Sethite interpretations can be traced historically.

This article is merely a brief overview of five detailed chapters in Fallen: The Sons of God and the Nephilim. In this book, author Tim Chaffey gives each objection a fair hearing before offering compelling rebuttals to each and showing that none of these claims are strong enough to overthrow the Fallen Angel view as the proper interpretation of Genesis 6:1–4.

In our next article in this series, we will look at the topic of the Nephilim from a biblical perspective!

About the Author: Creation Today

Creation Today seeks to impact individuals to know and defend our faith in Creator God and to wholeheartedly experience and share Him through the foundations of Scripture. As a leading, international Christian-apologetics ministry desiring to spread the Gospel of Jesus Christ to the entire world, Creation Today is committed to excellence, producing some of the most requested resources available on creation, apologetics, and evangelism.