Who is WallBuilders? You might surmise it is an organization to help build a wall on the southern border between the US and Mexico. Buzzzzz—wrong. Named after the Old Testament wall builder Nehemiah, WallBuilder’s founder David Barton desired an organization to proclaim accurate American history and its biblical foundation to rebuild America’s moral bedrock—essential for continued freedom. Many misunderstand the non-profit’s name, because sadly, many today are biblically illiterate and only 6% of Americans affirm a biblical worldview.

Can we still rely on America’s founding documents to govern our nation in a world vastly different from 1776? Or must we make changes and adapt to the current culture? In reality, though the technology is different, the principles have not changed. Our world ,too, is the same, still filled with sinful men and women who apart from God are incapable of ruling with principled justice. Let’s examine just a few issues of the day under the scrutiny of accurate historical facts and the biblical principles used to write our nation’s founding documents.

During the African Slave Trade from 1501-1875, a period of 374 years, about 12.5 million Africans were taken out of Africa involuntarily. The 1619 Project proclaims America to be the greatest culprit in this inhuman activity. In reality, only 2.4% of slave victims in this egregious action were brought to America; 46% were taken to Portugal and Brazil; 26% to Great Britain; 11% to France; and 10% to Jamaica. Now, even the 2.4% that came to America was too many, and this cruel practice should never have occurred—especially in a nation founded on Judeo-Christian principles. But America proved the lowest percentage and slavery was never the founding father’s motivation. Where does the despicable slavery practice stand 145 years later?

Today, 94 nations still practice the cultural injustice of slavery accounting for 40 million slaves. This represents 4 times more than the 12.5 million moved out of Africa over the course of 374 years. So have times changed? Yes, slavery has gotten worse! Americans need to pay attention to unchanging principles rather than focusing on changing technology.

Francis Bacon is the father of the scientific method and modern science. How is his book, now 500 years old, considered modern science? What about Isaac Newton, the individual who discovered the laws of motion, gravity, physics, optics, light, and thermodynamics whose writings are over 500 years old? Consider Matthew Maury’s contributions who lived in the 1800’s and discovered jet streams in the ocean and air. What about Robert Boyle’s gas laws discovered in 1660? Hasn’t science progressed since then?

Actually, the principles discovered by these scientific heroes remain the foundation for much of scientific study today because principles do not change; technology does.

Governing Principles for a Nation

America’s founding fathers rode horses and wrote with quills. Thankfully, the technology has changed. The principles about which they wrote, however, have not. Our principles for international laws are still governed by Hugo Grotius’s book on International Law written in 1625 and Baron Samuel von Pufendorf’s books, The Two Books of the Elements of Universal Jurisprudence published in 1672. Our principles of natural rights, especially those of property and limited constitutional government protecting individual rights are still based on John Locke’s writings of 1690. Our separation of government powers are based on the principles described in The Spirit of Law by Baron de Montesquieu written in 1748. All these old writings still largely govern interaction between nations today and were the basis for America’s legal founding documents. This is because the principles found in their pages have not changed.

Just because we live in the 21st-century does not mean that the 1687 principles discovered in the law of gravity don’t still apply. Conversely, the law of gravity very much still applies. Just try jumping out of a tree.☺ So it is with principles for government, though old, the governing principles upon which our nation was founded are more applicable than ever.

Are American leaders applying the same principles found in our Constitution written in 1787 during the Covid-19 crisis of 2020? In order to make this comparison, statistics from history by which to compare this pandemic to others provide clarity.

The following graph gives a picture of major epidemics’ effects in U.S. history. America’s oldest epidemic of Smallpox, and one of her recent “epidemics,” that of Abortion, do not fit on this graph due to their massive devastation. In 1633-1634, Smallpox killed approximately 10,850 people, representing 70% of the Native American and Colonist populations. Secondly, during the 44-year span of 1973-2017, over 62 million babies have died due to abortions. The US Population in 1995, the median year of 44-year span, was 266,600,000. This represents 23% of the population or 231,167 deaths per million. Pictured here are seven more major epidemics in America’s history.

Though protection of every human life is important, we see in comparison to many major epidemics our country has faced, Covid-19 is a relatively low threat to mortality. So are quarantines really necessary? Are they biblical?

Quarantines do come from biblical examples. In Leviticus, Numbers, and 2 Kings, we see examples of medical quarantines. Whether it was leprosy or other contagious diseases, God commanded the quarantining of the sick. Isolation is definitely part of a biblical approach to an epidemic. However, in examples from the Old Testament, God’s laws for the Jewish people require isolating the infected people, not the healthy. Leviticus also instructs to quarantine people suspicious of possible infection for a limited time.

America seems to be going at the Covid-19 pandemic a little backwards, but this is not unprecedented. During the Spanish Flu of 1918, people were shutting down cities and businesses. However, there was an important difference between the 1918 and 2020 shutdowns. They understood federalism.

Principles of federalism set forth division of powers between federal, state, and local governments and this was understood by those living in 1918. Therefore, though 675,000 Americans died in 1918, President Woodrow Wilson was not setting rules for a national quarantine during the Spanish Flu Epidemic. The deadly infection was a state and local issue. Primarily, cities took responsibility for what was happening in their own location. St. Louis, for example, shut much of the city down. Philadelphia, on the other hand, did nothing to quarantine. 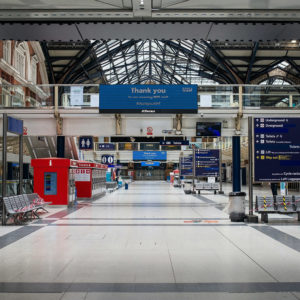 Thus far, during Covid-19, the United States President has exercised power for the national borders, but issued only guidelines based upon the information garnered for use at the state and local levels. In this manner, our nation has exercised federalism, not allowing the federal government to take over everything.

In Ecclesiastes 1:9-11 we read there is nothing new under the sun, and Covid-19 is not the first epidemic our nation has endured. History demonstrates that Americans are generally a cooperative, generous people. During the 1918 Spanish Flu epidemic, Washington, D.C. reported 50,000 cases. City officials asked church leaders to temporarily suspend services in an effort to help curtail further spreading of the deadly virus. 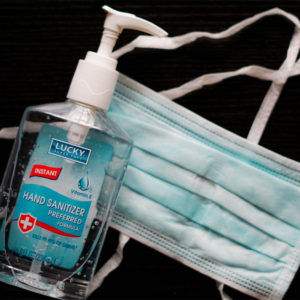 Church leaders were happy to cooperate, agreeing with the voluntarily, temporary, self-imposed restriction not to gather in crowds. Once the curve flattened after several weeks, church and government officials discussed lifting the requested limits for meetings. The two entities worked together and opened places of worship once again. But there was not a “permanent shutdown” of any business nor religious organization by government.

In 2020, many Americans — among both government officials and the citizenry — are unaware of history and their own constitutional government. Therefore, lawsuits have ensued over violation of constitutional principles. Thus far, the courts have ruled in favor of the Constitution’s guaranteed rights rather than government overreaches.

Examples of these overreaches include Virginia Governor’s declaration that going to church is a criminal offence, but it is not a criminal offence to go to Wal-mart. This violates a constitutional principle that if the citizenry is ordered to shelter-in-place, it must: be temporary, be for limited time periods, employ the least intrusive measure possible, and be universally imposed.

As government overreaches these boundaries, protests occur. Some government officials declare these as non-essential activities, but they are essential because they are protected by our first amendment rights, just as gathering for worship is an essential activity. The voluntary cooperation to shelter-in-place during a pandemic for the good of the nation is application of wisdom as exemplified in Scripture. Any permanent closing of a church or declaration of criminal charges for worshiping is government overreach.

The Christian’s response philosophically delves much deeper than history, federalism, and socialism, because how one faces death is far different for the Christian and the unbeliever. Hebrews 2:15 declares that a Christian need not fear death; it is merely a transition to something far better. However, for the unbeliever, total panic may ensue facing eternity. Lack of a biblical worldview always causes a spirit of fear and left unchecked, panic ensues. The left wing media largely hype up the already frenzied populist, and sadly, the suicide rate is rising faster than the Covid-19 death rate.

The Christian should never throw caution to the wind, nor presume upon the power of God. Neither should they hide in fear. This is an opportunity to help all those we can while following biblical, constitutional principles—tried and true throughout our nation’s history. Covid-19 affords Christians many opportunities. Here are a few things Christian can do.

Creation Today thanks David Barton and the WallBuilders Team for the above admonitions and their sacrifices to remain “Nehemiah’s” of our day, authenticating accurate American history and Constitutional understanding; and rebuilding biblical literacy. We encourage you to checkout their valuable resources and support WallBuilders.com with your prayers and financial gifts!

Gratefully yours,
The Creation Today Team