Is Holiness Antiquated and Repressive?

The quest to live righteously before a Holy God, the creator of the universe, seems pretty old-fashioned in our modern culture’s worldview. In fact, not only is holy living considered antiquated to most, it is considered repressive!  For a faithful believer, the quest for holiness in this climate becomes incredibly difficult. How do we resist temptation while the world around us claims that succumbing to those same temptations equals human flourishing? 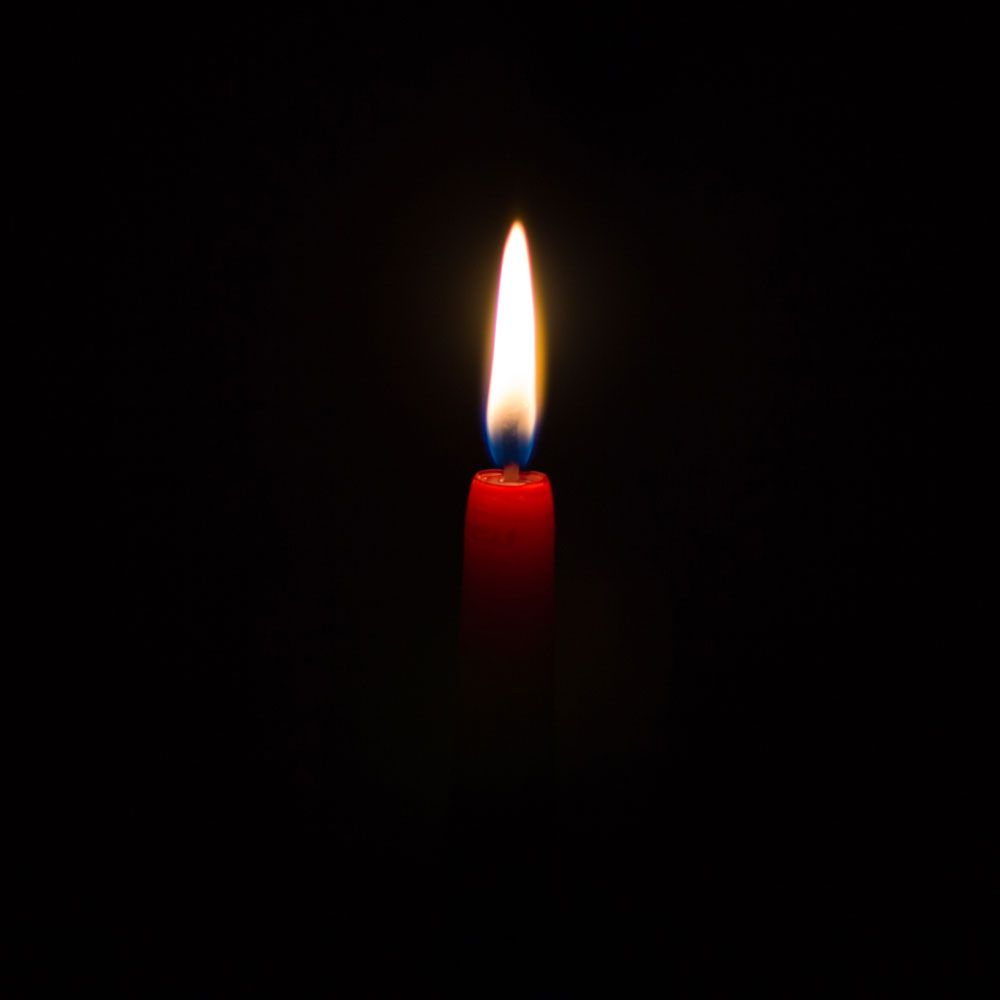 DARKNESS! What does that word conjure up in your mind? What instruction do we read in God’s Word regarding darkness?  Let’s read just 4 verses of the 32 New Testament Scriptures that contain the word “darkness” taking note of the dichotomy between darkness and light.

1 John 1:5  This then is the message which we have heard of him, and declare unto you, that God is light, and in him is no darkness at all.

John 3:19  And this is the condemnation, that light is come into the world, and men loved darkness rather than light, because their deeds were evil.

1 John 1:6   If we say that we have fellowship with him, and walk in darkness, we lie, and do not the truth:

Ephesians 6:12   For we wrestle not against flesh and blood, but against principalities, against powers, against the rulers of the darkness of this world, against spiritual wickedness in high places.

Looking at the Greek root word for darkness used in these verses, we find skotos. Vine’s Expository Dictionary gives us these clues in relation to skotos when used as a metaphor:  ignorance respecting divine things and human duties, and the accompanying ungodly immorality.   Evidently, there is a strong correlation between darkness and immorality; both encourage the other. 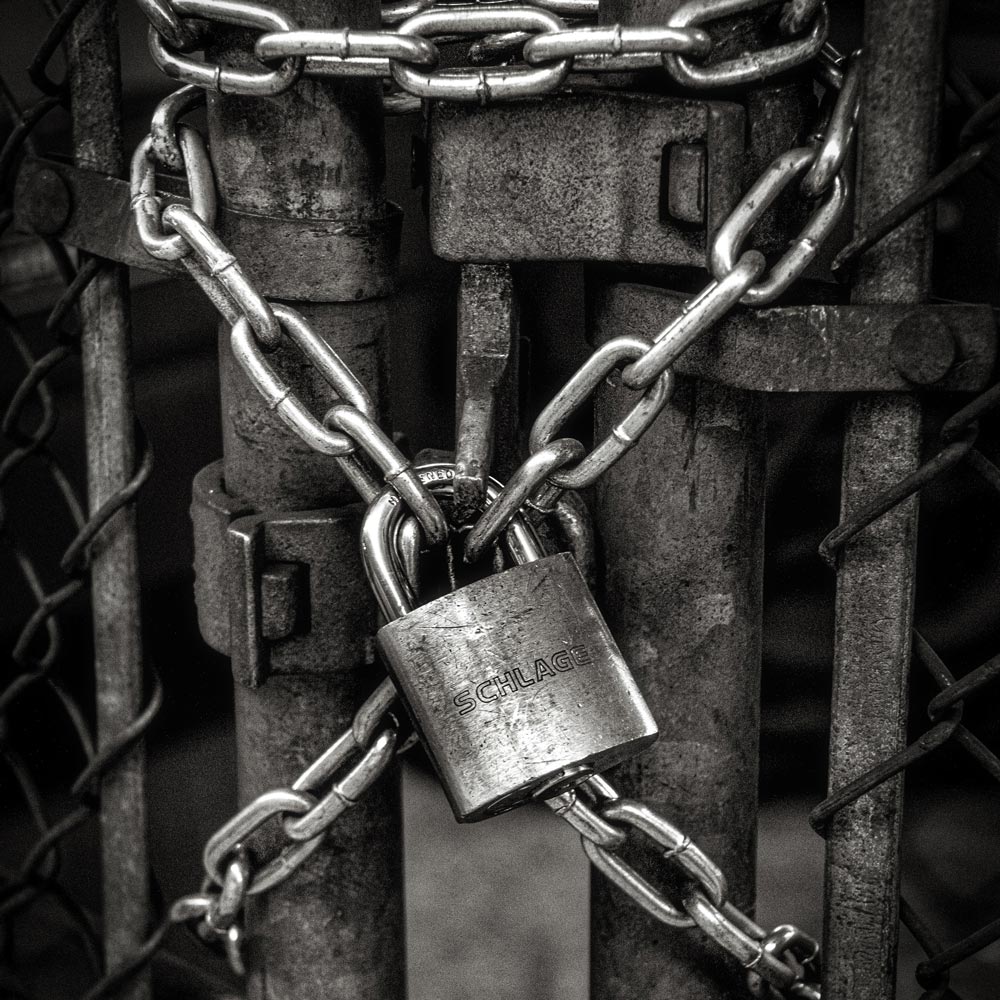 A Christianity Today study recorded that 40% of clergy acknowledged visiting pornographic websites. Another survey found that 21% visit regularly. Yet another survey from pastors.com found that 50% of pastors reported viewing pornography in the previous year. Chances are that there is someone reading this article who struggles with this issue. Could we indeed, be ignorant of Satan’s devices and how many of them deal with pornography?

“For we wrestle not against flesh and blood; but against principalities, against powers; against the rulers of the darkness of this world, against spiritual wickedness in high places.”

The Greek word for “wrestle” here is pale. It refers to a face to face wrestling match in which one wins by pinning the opponent to the floor with his hands on his neck in a “choke hold.” But that isn’t the end of the match during Paul’s time amidst the Roman Empire.

In the Greek culture under the bloody Roman rule, the loser lost more than the match. His eyes were gouged out; he remained blinded the rest of his life. Though the opponents may not have volunteered for the event, at least they knew what losing meant before the match started. (Stand Up and Fight Back by Ken Abramson, 2013, Chapter 10, p. 108)

Paul admonishes us that we are in a match, too, one of a spiritual nature and with spiritual consequences. Christians often seem oblivious of this battle’s reality or its consequences. When we lose a battle with Satan’s minions, we too, lose more than the match. We lose our spiritual eyesight resulting in spiritual darkness. What a vicious ploy! The victim cannot discern truth, or right from wrong, in this condition. If a Christian refuses to repent, he remains in Satan’s choke hold, addicted to the sin. 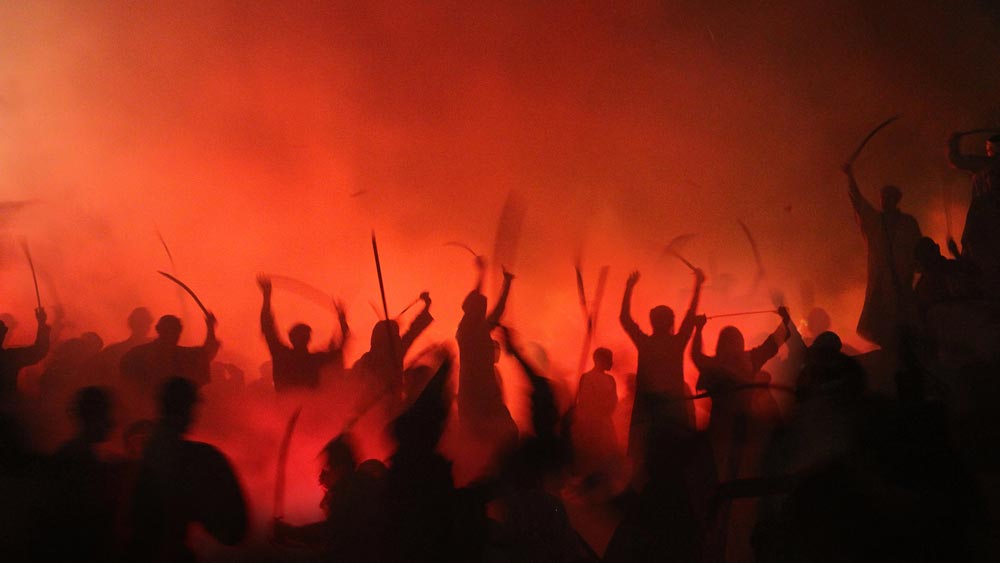 Sexual sin, in all its forms, has a bigger connection to spiritual warfare than one might notice casually reading Ephesians 6:12. Here, the Apostle Paul breaks down Satan’s four­fold chain of command found in this verse.

Among the top four demonic agents, the principality holds the highest rank.  The Greek word for principalities is “arche,” meaning “first ones” or “leaders.”  These spirits wield the highest level of authority and naturally, are deployed against those who pose the greatest threat to Satan’s kingdom.

The next level of agents is powers, the Greek word here being exousia, translated as authorities. Christ encountered these powers during His earthly ministry including the “foul spirits” and “unclean spirits” of Mark 9:25 and Matthew 10:1. The words foul and unclean are the same Greek word, akathartos, indicating they are morally unclean and inspire lewd and immoral actions.  Wow! The second highest level of Satan’s army and we encounter immorality—porn!

The Christian’s arch enemy also employs wicked spirits in heavenly places. The Greek word for “wicked” is “poneros,” from which we derive the modern word pornography. The word poneros is used seventy-eight times in the New Testament.

In Greek literature, the word poneros often refers to a power that seduced an individual to do evil. Thoughts, the human heart, and the eye can all be poneros—under the influence of an evil spirit. Poneros is always a negative word with a negative connotation: sorrowful, unhappy, laden with care, bad, worthless. But in many instances, it alludes to something morally reprehensible. 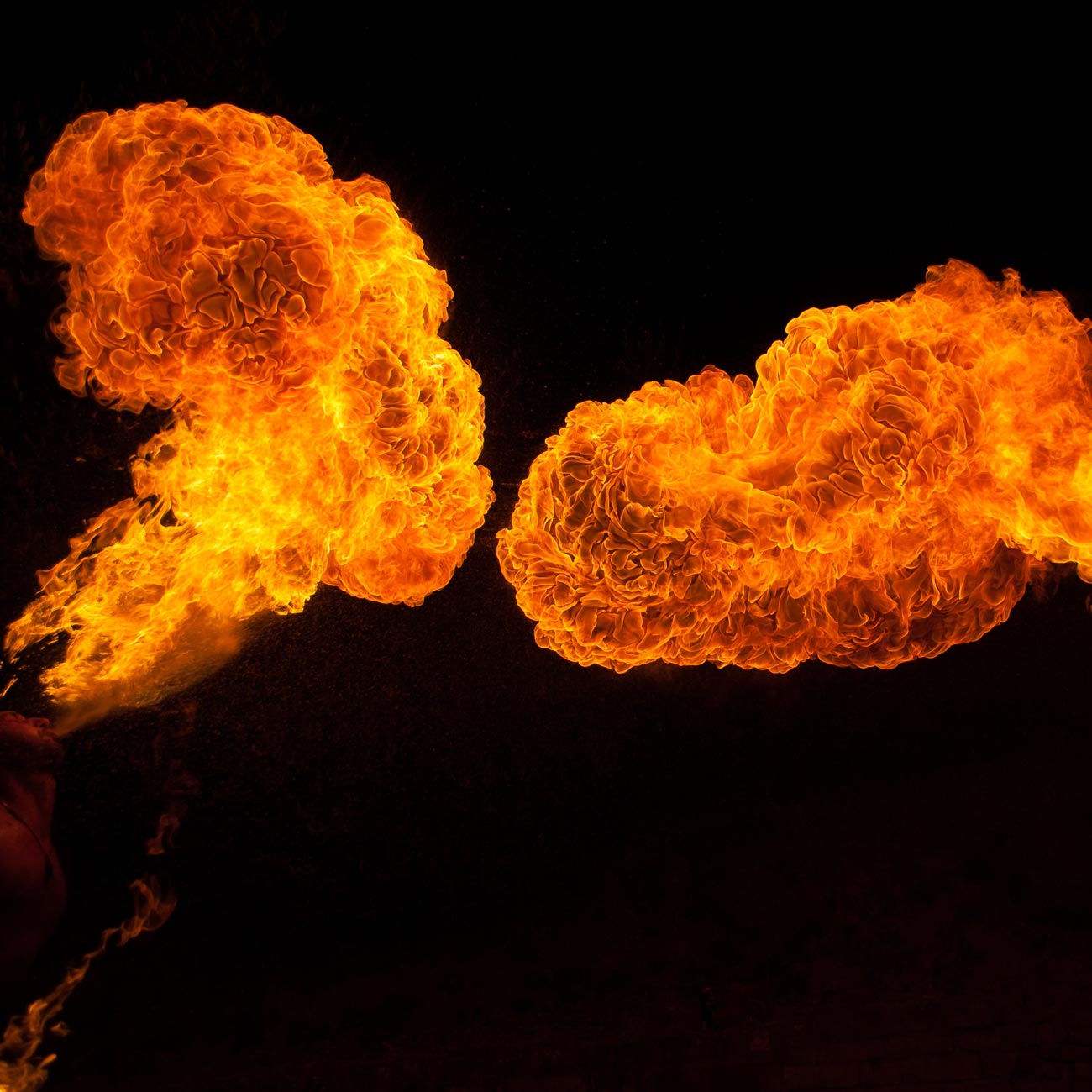 Everyone, Christian or not, encounters evil because we live in a sin-cursed world. Anyone still breathing in this fallen world will deal with disease, demise, depression, destruction, and death. But if you know Jesus Christ as your Savior, you no longer belong to Satan. He knows he cannot take you out of the Father’s family, so he tries everything in his power to render you powerless for God’s kingdom. The higher your influence for God, the more Satan hates you.

Those who attend a local church, do good works in their communities, and try to be a good neighbor will encounter evil, but may never encounter any attacks from Satan’s high-level evil spirits. Simply attending church does not threaten Satan. 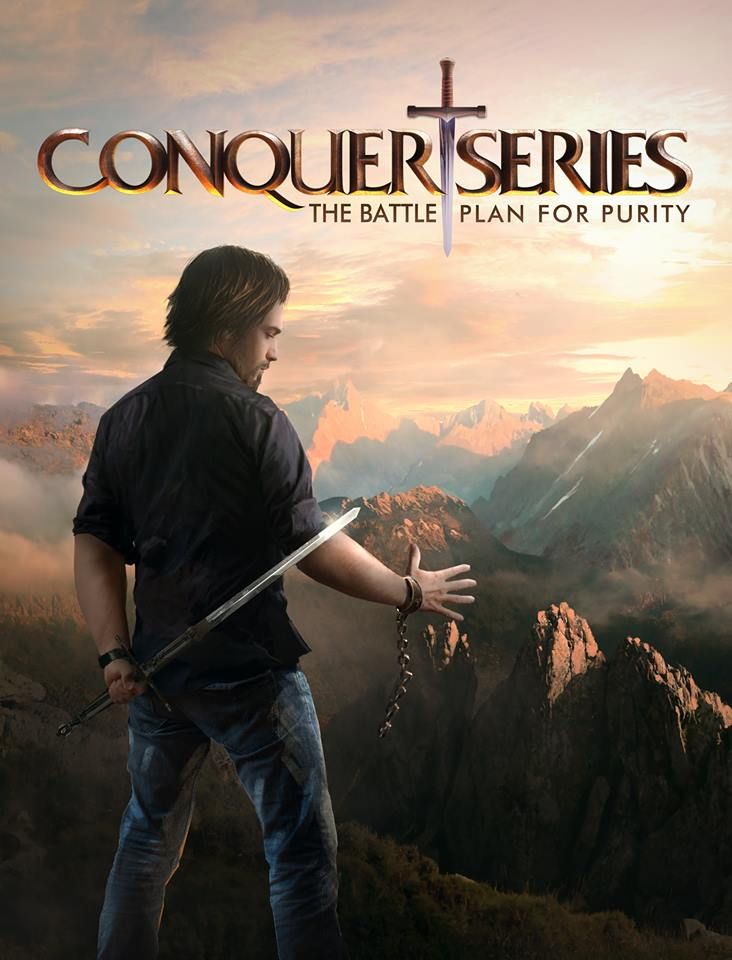 But when you begin eternally impacting individuals,  your city, your state, your nation, or your world, you will begin encountering Satan’s Chain of Command in Spiritual Warfare! There will be new barriers, more difficulties, and higher spiritual warfare that will try to interfere with your progress to preach the Gospel and disciple individuals for God. Why all the obstacles and temptations? Because your actions demand a higher level of spiritual warfare. You are treading on Satan’s kingdom!

Are we prepared to encounter new warfare, even Satan’s highest levels of spiritual warfare? Or are we ignorant of Satan’s devices, and unprepared for the battle?  Paul reminds us in 2 Corinthian 2:11 to be wise, knowing that Satan himself and his most powerful weapons, his highest levels of command will be unleashed upon us.

Knowing that three of Satan’s four, top military commands all involve something related to pornography helps us understand the gravity of this temptation. Are we all doomed, then, sentenced to participate in a wrestling match with Satan’s forces in which we are foreordained to lose and thus be spiritually blinded and ineffective for God’s kingdom?

Reflect on Ephesians 6:12 again. Remember what type of wrestling Paul referred to—the one that ended in blindness if you lost? Remember the four specific references in this passage related to darkness and pornography?

pale = wrestling match in which the loser is made blind

Darkness is the absence of light, and when the Gospel is preached, darkness is expelled. Don’t be ignorant of Satan’s devices and his many weapons that deal with sexual immorality. Don’t let Satan win his wrestling match against you that will hinder your presentation of the Gospel or from reflecting God’s glory.

Instead choose light! God is light, and there is NO DARKNESS in Him! Choose holiness—old-fashioned as it may seem to some! Choose God’s power against Satan’s choke hold.